. . . And The Virginia Room and Manassas

Today was a success. Aside from getting a lot of writing done in the bright morning light while sitting in my corner spot in my favorite chair with a cat occasionally stopping by to ask why I wasn't paying her more attention, I also visited the Virginia Room at the Fairfax County Library and hiked part of the Manassas/Bull Run battlefield. And there was a milkshake involved, too, as a reward for 3.5 miles of hiking.

Because I had a great time and I think it'll be informative, I'd like to share a bit of my experiences.

First up, I stopped by the main library in Fairfax County, which is right downtown. The upstairs is the "Virginia Room", dedicated to the history of the state. Let me tell you, there's a lot of history to cover. There's a lot of great local history, too, all of it important stuff. Make no mistake, Virginia has seen a lot. I was focused on Civil War history. I had stumbled across a list of resources in the Virginia Room having to do with Civil War history in the area. There were books about battles, big and small, that took place there in Loudoun County, books about Quakers who remained loyal, and so on. I was interested in one book in particular: Where Did They Stand? This one is about how county residents voted on the secession question and then covers reparations that were (or were not) granted to residents for damages they suffered during the war. I was interested in this because one of my WIPs--in fact the one I'm working on now--involves civilians who suffer loses because of the war. Granted, the story takes place a bit further south, on the main stage of the war. But I figured that, in general, what was true of Loudoun County would be true of the Fredericksburg area. 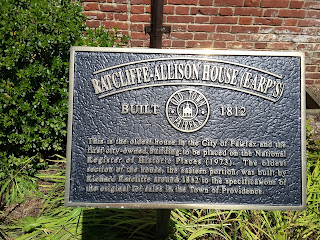 And what did I learn?

1. General Phillip Sheridan sent a party to burn Loudoun County farms--not the homes, but the barns and crops--as he had done in the Shenandoah.

2. There was a special commission to deal with claims, but that more generally, the Southern Claims Commission dealt with repaying loses sustained by civilians.

3. Civilians could make claims for livestock/goods that were carried away, but they couldn't be repaid for damage to their property, e.g. burned buildings. So, considering that a lot of buildings were burned, the government wasn't very generous.

4. Those who wanted to be repaid by the US government had to show they were loyalists throughout the war. Secessionists need not apply.

5. Only property that had been taken as part of an official act was included. Looting and "inadvertent acts of war" didn't count (bummer for those who, for instance, got a canon ball through their front parlor).

6. SCC officers evaluating applications for relief reportedly kept on their desk voter lists from the secession ordinances. If you'd voted for secession, you were automatically disqualified. No soup for you.

7. A majority of claims were disallowed.

8. During the war, there was really no formality to how/whether residents were paid for the belongings that were requisitioned. An officer might pay the person on the spot, but more likely he would give them a receipt of some kind to be redeemed later (maybe) or vague promises that the US government would pay up at some later date (...maybe).

After finishing my dive into that book, I decided to glance at the books on the shelves nearby and found a book about field medical services during First and Second Manassas. And I learned:

8. The last of the wounded weren't removed to hospitals from Second Manassas until ten days after the battle. This is interesting/important to me because in my story I have the wounded men cleared out of a field hospital fairly quickly--within three days. However, it takes place two years after Second Manassas, and organization had progressed by that point. Also, just because wounded men lingered in some field hospitals/homes/wherever for ten days doesn't mean that other places weren't cleared out sooner. Say your house was turned into a hospital, and so was a schoolhouse down the street. Maybe all the wounded are moved from your house in two days, but it takes a whole week before they move the wounded men out of the schoolhouse. That's what I'm thinking. 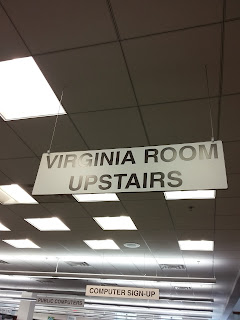 I feverishly made photocopies of all this information, rubbing my hands together in delight like a mad scientist. Can you picture that? Okay, so from the outside, it probably looked a bit more tame, but that was definitely what was going on inside my head: evil genius stuff. 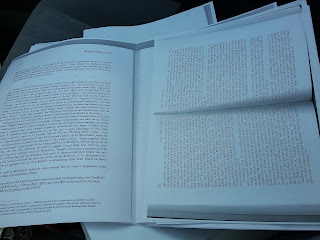 After gathering up my bounty of photocopies, I got in my car and headed for the Manassas battlefield. I wasn't going to see any particular site, and I've been there many times before. I was going there because I wanted to spend time out in the beautiful weather, and battlefields are some of the loveliest, best-preserved, and most peaceful places you'll find. Anyway, it was a beautiful summer's day--not too hot--and I had a blast. Here are some pictures for your edification: 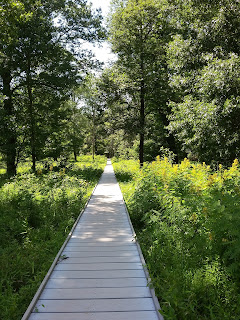 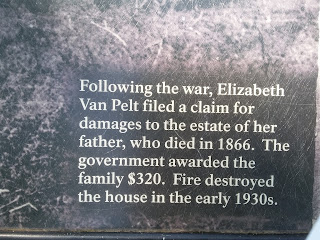 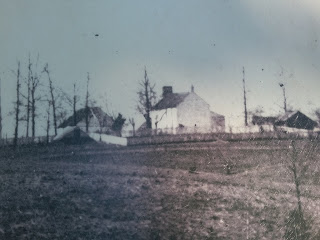 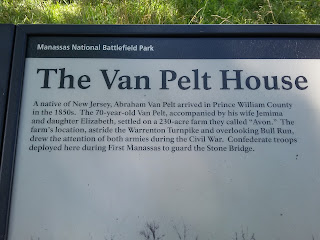 Posted by Elizabeth Huhn at 5:34 PM No comments: