A technical note: I'm re-publishing this, which was originally published June 5, because something went wonky with the blog post, and it appeared on the main page but not when you tried to view it as an individual page. 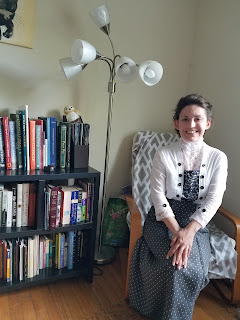 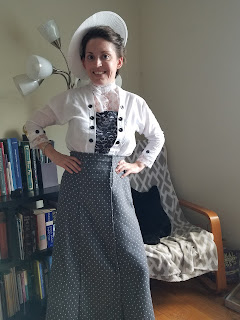 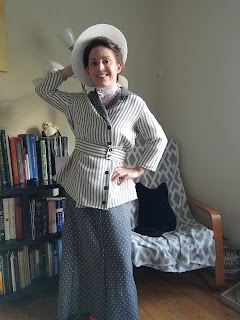 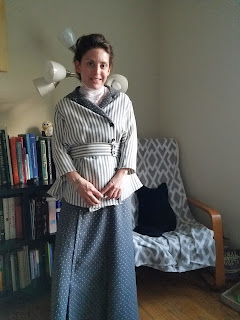 LOOKING FORWARD
I will post some time in the future about the hat. You see the hat in my pictures, but that is the *unimproved* hat.
I also have a lot of the gray fabric left over. I might use it to make a 1910s toque hat, and I am heavily considering using it for an 1860s paletot (coat), even though I don't think polka dots would be correct for the period. I also have enough of the navy-striped fabric to make a whole dress out of; that will be well down the road, I think.
Posted by Elizabeth Huhn at 6:56 AM